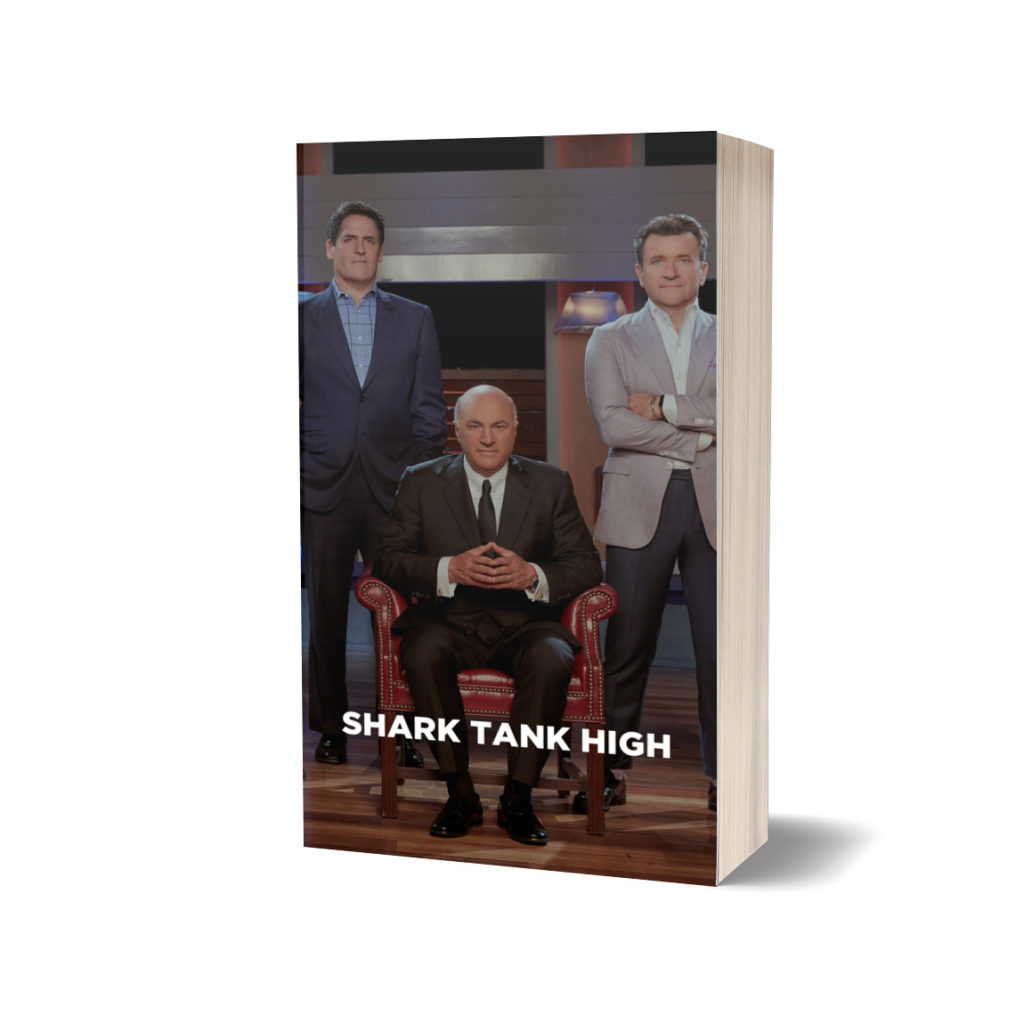 Welcome to the first installment of Shark Tank High, a fan fiction where we see the sharks teleported out of the tank and into an unfamiliar environment: the hallways of a public high school. Here they must navigate friendships and romance, all the while maintaining their GPAs. A major change from the pitches, offers, and negotiation of the boardroom. Or is it?

What follows is the best love triangle since Twilight.

The student body called him Mr. Wonderful, Kevin O’ Leary, student council president. The origin of the nickname varied like myths, with no record of how it came to be or who uttered it first, the students were free to fashion the story to how they please.

“He’s called Mr. Wonderful because he started Pizza Fridays.” A freshman would say.

“He prevented the science lab from exploding.” Another student would say.

“He lives in a mansion out of town on his own,” A third would mention “His parents are like some rich Swiss billionaires or something.”

To Kevin, it didn’t matter how he got the nickname (which was actually a sarcastic remark by Barbara, his former presidential rival during their toe-to-toe election), all that mattered was that the nickname fit and he liked it. He balanced his school with his extra curricular, maintaining a 3.9 GPA while managing the student council, the science club, and the student UN. He was a busy man and his time was worth more than their school’s annual budget.

Two of his school mates has asked him to prom, two young men with exceptional futures ahead of them. But all Kevin wanted to know is what they can offer him right now. He sits at the empty gymnasium, waiting for their pitches.

“I hear you want to ask me to prom.” Kevin said, leaning forward on his knees.

“Yeah,” Mark said, smirking at him “Wouldn’t it be great if MVP Cuban took the one and only Mr. Wonderful to senior prom?”

Kevin wasn’t going to get flattery through him, not just yet “Well, you aren’t the only one, so show me what you got.”

“Letterman jacket,” Mark said, gesturing to his own “You’ll get the privilege of wearing one emblazoned with my number.”

Kevin scoffed, although his rebuttal was cut short as Mark, smug grin over his chiseled chin, continued: “Did you know the school has a Twitter page? I bet you didn’t, not many of the students follow the account, it’s mostly parents, school officials…” a pause as he flipped his phone to face Kevin “minor government officials, and the local TV and radio stations.”

Kevin’s eyebrows went up, intrigued at the prospect. He could see who was following the school website, they went up and up and up to the governor, who was followed by a lot more people than any minor school. It also helped that major colleges with exceptional sports programs were also following the page.

“If you go to prom with me” Mark said, “Prom which is during the height of basketball season, you’ll be a part of the official Basketball Team group photo.” He flipped to a screenshot, showing last year’s photo with over 250,000 likes. “And that’s just Twitter, prom Twitter. You get to sit with the team’s significant others, they sit right behind the benches and they’re usually in every photo.”

Mark showed Kevin the school’s Facebook page, every photo of the basketball team’s game would have at least one of the players’ partner in frame. This page was followed by more than their district student body, he could see several UC schools.
“Prom with the star basketball player, whether we win or lose, will benefit your social standing. Think about it, the student council president, Mr. Wonderful Kevin O’ Leary himself, possibly dating prom king, two-time MVP, and rumored to have met with several collegiate and professional coaches, Mark Cuban.”

Kevin chuckled, Mark was a hard sell, too hard. “You talk big Cuban” he said, leaning back on the bleachers. “Let’s see what Herjavec has to say.”

Mark shrugged, flashing his boyish grin with a flirty wink. “No one’s going to be a better deal than me, O’Leary.” A good-natured two finger salute, and he sauntered out the gymnasium.

The next contender is not as… forward as Mark Cuban. In fact, some would consider Robert Herjavec as the complete opposite. Head of poetry club, active member of the theater group, and an equal honor roll student.

“Hi” Kevin smiled back, giving Robert a nod “So why should I go with you to prom?”

Robert cleared his throat, and smiled brightly. He was handsome, the quiet, sensitive sort that prevails romance novels.

“A song” Robert said, flourishing his hand with theatricality. “By Elton John.”

“Okay” Kevin said, slightly taken aback. He thought Robert would be doing a spiel much like Mark, not a concert.

Robert took a deep breath, took a moment to center himself, and when he sang, Kevin’s heart soar. There was utter sincerity in how Robert sang.

Robert’s voice echoed throughout the gym, a solo concert for Kevin and only Kevin. And when he was done, Kevin was out of breath.

“That was wonderful” He managed to say.

But Robert chuckled, now comfortable with the conversation “Anything for you, Mr. Wonderful.”

Kevin fought back a blush by clearing his throat. “You and Mark have given pretty good reasons on why I should go with either of you to prom. Can you wait outside with him while I make my decision?”

Robert smiled with a nod “Just call us when you’re ready.”

When the door finally closed, Kevin let out the breath he hadn’t even noticed he was holding. There were several things he had to consider, both Mark and Robert were wonderful guys, they were both very likable candidates, with more than just their personality to offer. But he can only take one of them to prom. It would be a hard decision, and for a moment, Kevin knew what he was about to do will make him feel less like a Mr. Wonderful.

Mark and Robert stood in front of him, a feet apart. Mark with his confident stance, smile so bright, and Robert who was shifting from foot to foot, rattled nerves over and shy smiles.

“First of, I have to thank both of you for even considering asking me to prom. I’m flattered that two amazing young men are interested in me.” Kevin took time to look each of them in the eye, Mark giving him a wink, while Robert’s smile widened to a toothy grin, “But unfortunately, I can only take one of you to prom. This decision was hard to make, I had a lot to consider. You both have so much to offer.” He took a deep breath, he knew what he had to do, it was just a bit harder than he thought. “I’m so sorry Robert, you’re out. I’ll be going to prom with Mark.”